URL de Acceso: The indicated by the teacher and https://moodle.usal.es/

Knowing the main signaling mechanisms and their components is essential to understand the physiological alterations in cells that lead to cancer and other pathologies. In the last 20-30 years, discoveries in this field have experienced an exponential progression, which justifies the teaching of this matter as a specific subject. Cell Signaling in Cancer constitutes a subject complementary to others imparted in the Grade of Pharmacy, such as Biochemistry, Molecular Biology and Physiology. In addition, to know the signaling mechanisms of cells is essential for those students who want to follow a scientific career in Biomedicine

This course provides the knowledge to understand, at a molecular level, the mechanisms involved in the physiology of the cell, which are responsible for its correct homeostasis, as well as the alterations in these mechanims that might derive in a pathological phenotype. The course  provides  also  knowledge  for the  practice  of biomedical research  and  the development of activities in the following fields:

LESSON 1. Organization of the plasma membrane and its involvement in cell signaling

Protein and lipid composition of the plasma membrane and its organization in microdomains. Caveolae and lipid rafts. Alterations in cancer.

Rho family of GTPases. Regulation by GEFs, GAPs and GDIs. Main functions of Rho proteins: regulation of actin cytoskeleton. Implication in tumoral processes and other pathologies.

Calcium as a intracellular messenger. Calcium receptors and calmodulin. Cellular calcium stores. Platelets, skeletal muscle and neurons as models of signaling by calcium.

Role of ROS in the regulation of signaling transduction and gene expression. Regulation of NADPH oxydases. Carcinogenesis by ROS. Hypoxia and tumoral angiongenesis.

Classification and general characteristics of the nuclear receptors-coupled signaling. JAK/STAT pathway. The NFkB pathway: interconextion between inflammation and cancer.

Regulation of cell polarity by the Wnt pathway. Mutations in cancer: colorectal adenocarcinoma as model. Role of vitamin D. The Notch pathway in the embryonic development. Desregulation in cancer.

EC-4: To understand, write and be able to express in English. 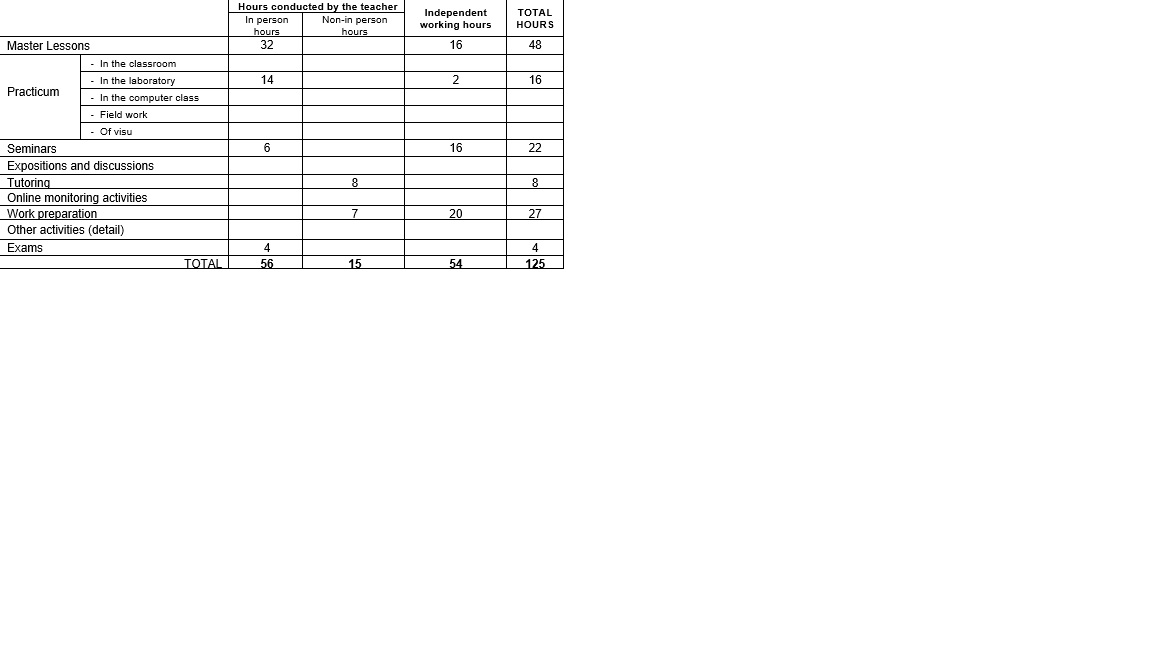 It will deal with the contents of the theoretical classes, seminars and, in general, with the competences to achieve. It will last 2-3 hours

To pass the matter it will be necessary:

To get a qualification equal or superior to five, applying the criteria specified below:

The global qualification will be obtain by calculating the weighted average following these criteria:

2. Preparation and exposition of seminars: 20%

4. *Global evaluation test of the competences to be adquired in the course 60%.

Described in the above section.

The global qualification will be obtain by calculating the weighted average following these criteria:

2. Preparation and exposition of seminars: 20%

4. Global evaluation test of the competences to be acquired in the course 60%